5 Facts About Black Friday And A Super Sale! 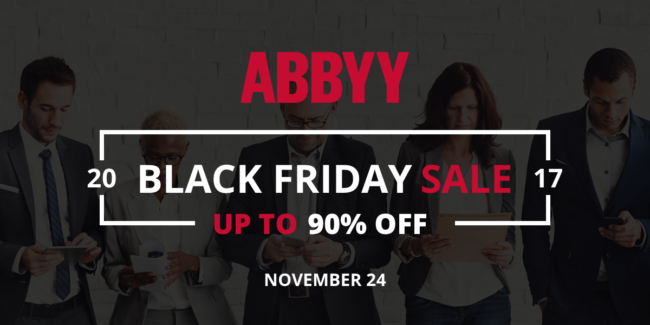 On November 24 starts Black Friday - the world's largest sale. On this day, almost any thing can be purchased either completely for a penny, or with a good discount. We gathered for you 5 interesting facts about Black Friday and hurry to share them!

We are also well prepared for the day of crazy discounts - go to our Black Friday landing page to make sure yourself! There you will get discounts up to 90% on the premium version of all OCR ABBYY mobile apps!

Well, after the Black Friday we are waiting for you on a visit to Cyber Monday - the last day of the online sale for those who did not have time to grab some stuff on the weekend.