WWDC19, Online and Offline in FineScanner, and a Financial Advisor 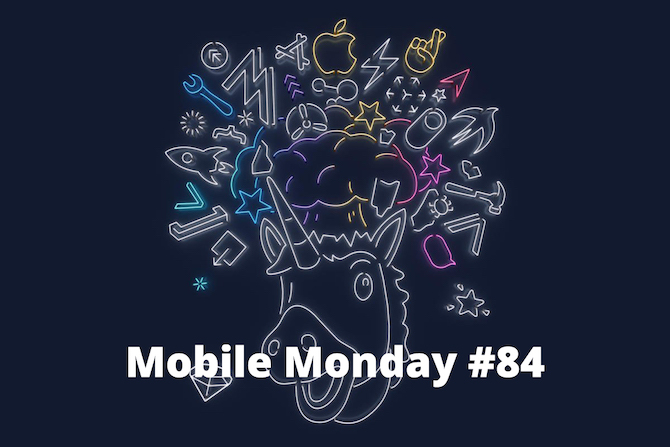 If you have missed the top stories from Apple’s Worldwide Developers Conference 2019, have a look at our review of the event. We’ll also talk about tracking your finances and differences between online and offline recognition modes in FineScanner AI.

Traditionally, WWDC has always been an opportunity for Apple to show off the latest improvements to its operating systems and gadgets.

As many had been expecting, the most exciting piece of news was about the new iPhone operating system. So let’s have a look.

The addition of a Dark Theme fits in with the global trend of designing darker visual interfaces. Now iOS, too, will look all hip and modern. Aside from the interface itself, all built-in applications, such as Notes, Mail, and Safari, will also support this feature. It’s encouraging to know that many third-party developers are already integrating Dark Theme support into their applications, meaning that many apps will be able to pick up the new theme immediately when iOS 13 is released this fall.

A swipe keyboard feature will finally be introduced — about 5 years after it was implemented in Android. It allows you to type by moving your fingers across the keyboard without having to lift them from the screen.

The Reminders app has received a significant upgrade and should now definitely be able to compete with third-party reminder apps.

FaceID has become even faster, letting you unlock your phone almost instantly.

A new Apple ID authentication system allows users to log in to their Apple accounts with the tap of a new button that has been built into various applications. Another cool new feature is random email address generation. This feature allows the user to generate a new email address for registering on various websites. All confirmation emails sent to that address will be automatically forwarded to the user’s real address.

One thing that Apple was particularly keen to stress was the improvement in application startup speed — the time needed for startup has been halved in iOS 13.

The Photos app has also been upgraded to make it possible to take portrait photographs against a white background, edit image settings, as well as flip and edit videos.

AirPods can now be used to listen to text messages that you receive and to share music to a different pair of earphones. Tracks from Apple Music can now be shared simply by holding one smartphone close to another.

An upgraded Siri now boasts a new human-like voice and can read text messages thanks to Apple’s Neural Text-to-Speech technology.

Other interesting features include:

It is pleasing to see that the iPhone SE, a firm fan favorite, is still being shown some love.

Now, Apple’s tablets will also get their own operating system, which will bring the iPad a step closer to becoming a desktop computer. Let’s have a look at this operating system’s most important features.

An improved desktop screen will provide much more space for app shortcuts, making it possible to also keep some space reserved in a separate panel for widgets such as weather and calendar. The Split View and Slide Over modes have been massively overhauled and improved, now supporting multiple instances of the same app, which means you can edit different files at the same time, as well as quickly view your different instances and switch between them.

Safari will open desktop versions of websites by default. A built-in download and hotkey manager will also be implemented.

New gestures for editing text have been added, which include new commands for selecting, copying, cutting, and pasting text, as well as a cancel command.

Shared folders in the Files application make it possible for folders to be used simultaneously by several people.

Apple will be discontinuing iTunes in the upcoming Mac OS update. It’s the end of an era, to be sure, but who will complain? The app, which has recently become too cluttered with different features, buttons, and sections, will be split into several standalone apps. The main app will, unsurprisingly, be Apple Music, which will be host to everything music-related on your computer. A separate application will be provided for videos and podcasts. The new Sidecar feature will let you use your iPad as a secondary monitor for your Mac. This was already physically possible before, but you had to resort to some third-party software. A while ago, we mentioned one such app in one of our newsletters. Now, this feature will be available out-of-the-box.

Voice Control will become “smarter” and have more features. The option to carry out certain actions using only your voice will also be of benefit to users with special needs.

You will now be able to track down your Mac even if it is switched off or disconnected from the internet.

Finally, the wait is over for many: the Apple Watch will be getting its own App Store. This means that you won’t have to use your iPhone to look for apps for your Watch.

A calculator, a voice memo app, and an audiobook app will also be added in WatchOS 6.

Apple’s smartwatch will also be able to measure the level of noise around it. If the noise is too loud, the watch will warn the user and calculate when it would be best to leave the noisy area in order to avoid hearing damage.

The device will mark every hour that passes by vibrating slightly and playing some pleasant bird chirrups.

Needless to say, there will be new clock faces, as well as updates for the Fitness section. There, you will be able to compare your new sporting results to your previous ones and find out just how much you’ve improved.

The supported devices include all watches from Series 1 to Series 4, but Apple did specify that not all features might be available on all devices.

The new FineScanner AI is now finally able to recognize text without requiring an internet connection. However, the offline recognition features differ slightly from those available online, and these differences must be taken into account when deciding which mode to use.

You can read more about this milestone FineScanner update that uses neural networks here.

If you haven’t tried FineScanner AI yet, you can download the latest version (or update to it) here.

App of the Week: Splitwise

Ever had one of those nights out when the waiter forgot to split your bill and you had to work out who needs to pay for what?

The Splitwise app was created precisely for situations like that. It will also help you keep track of how much money you owe to your roommate, for example. Splitwise can also display notifications about money that you owe, split bills, work out interest, and associate specific sums with specific contacts — making managing your finances easy and fair. You can also create backups in Excel spreadsheet format and review your expenses to get a better understanding of your own buying habits.

You can download Splitwise for iOS or for Android.

That’s all, folks! See you next time.