iPhone 11 vs iPhone Xr: Which is the one for you? 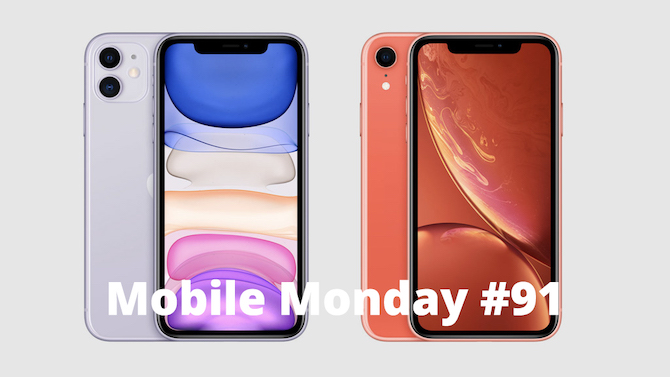 Apple has presented three models in 2019: iPhone 11, Pro, and Pro Max, with quite different performance characteristics. The most interesting choice is between 2018 Xr and the latest iPhone 11. Let’s look at the less expensive iPhone 11 and Xr.

As one would expect, the iPhone 11’s specs are much more impressive. It houses the Apple A13 Bionic processor—the same processor is used in the Pro version. The iPhone Xr uses the A12 Bionic, which will probably be good enough hardware-wise for the next few years. The iPhone 11 has a third-generation Neural Engine chip installed (while the Xr has the second-generation chip), which is designed especially for AI-related tasks. For example, the gallery smart-sorting feature in FineScanner for iOS takes advantage of the Neural Engine. Also, the Neural Engine is responsible for Face ID, “smart” camera processing, and augmented reality applications. Generally, it speeds up everything that uses neural networks, at least according to Apple themselves. This has become possible thanks to third-gen Core ML technology, which spreads out the load evenly across the Neural Engine, the A13 Bionic, and the graphics processor.

The main advantage of the iPhone 11’s processor is its energy efficiency—it can work for up to 1 hour longer than its Xr counterpart. Moreover, its performance is up to 20% better compared to the Xr processor. The graphics processor will be able to handle augmented reality apps and graphics-heavy Apple Arcade games better. However, for most mobile games, this difference will hardly be noticeable. On the other hand, the iPhone 11’s Dolby Atmos support will be a useful feature for those who like to watch videos and play games on their smartphones without using headphones.

The iPhone 11 now supports the new Wi-Fi 6 standard. The sixth iteration of the wireless network technology allows for data transfers at speeds of up to 11 GB/s, which is almost twice as fast as before. However, it should be noted that using it requires a router that supports Wi-Fi 6 technology, as well as an internet connection of sufficient speed. The other wireless technologies are pretty much the same as in the iPhone Xr.

The iPhone 11 looks just as colorful as the iPhone Xr, which is available in yellow, blue, red, coral, as well as in black or white for more conservative folks out there. The iPhone 11 is not available in blue or coral, but is instead available in green or purple, which also look pretty great. Unfortunately, the “Product Red” color, a popular choice among so many Xr fans, has become a bit bland and not as flashy on the iPhone 11.

Both smartphones are of the same dimensions and weight: 150.9×75.7×83 mm, 194 grams. The new iPhone 11 can be submerged under up to two meters of water for 30 minutes (IP68 waterproof), while the Xr can be submerged under up to one meter of water for up to 30 minutes (IP67). As usual, we recommend that you avoid any contact with water altogether (light rain is OK). Water damage is not covered by the warranty.

And yes, both models share the same LCD screen.

The iPhone Xr has a 12-megapixel camera with an ƒ/1.8 lens with optical stabilization. Also, in portrait mode, you will have control over the depth of field in your picture.

The iPhone 11, on the other hand, has two 12-megapixel cameras, and this is probably its greatest selling point. One of the two cameras is the same as in the Xr, except that it has also received improved stabilization (consequently, recognition quality in FineScanner, TextGrabber, and BCR will become even better thanks to sharper text on your photos). The second camera has an ƒ/2.4 ultrawide-angle lens with a 120-degree field of view. The flash has become brighter, and the phone now supports a “Night Mode,” which lets you take great photos even in dimly lit environments. The Smart HDR has been improved and an “Audio Zoom” feature has been added, which will focus the microphone on the subject of your shot.

Selfie enthusiasts can look forward to an improved frontal camera on the iPhone 11. Its resolution has been upgraded from 7 to 12 megapixels, and the camera is now able to record video in 4K. You will also be able to play around with slow-motion features on the frontal camera, creating 120-fps “slowfies.”

This time around, Apple aficionados will be faced with a real dilemma. The choice between the Xr, the X, and the Xs was much more clear-cut.

As noted earlier, the iPhone Xr’s specs are so good that its owners probably won’t need a new phone for at least the next few years. We would recommend the iPhone 11 to those who like playing graphics-heavy games and to photography enthusiasts, as its camera is miles better than that of the Xr. Otherwise, the Xr will be a more reasonable choice, in our opinion.

We hope our newsletter has made choosing a new iPhone a little bit easier for you. 😉