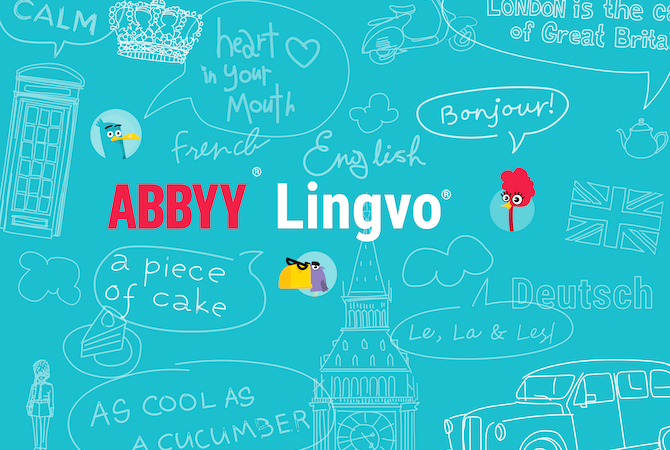 In 2019 we’ve received more than 1400 reviews on the App Store and Google Play from loyal ABBYY Lingvo users for iOS and Android. Thanks to them, we know what to strive for. Check out what has changed in Lingvo.

Remember how the mobile app Lingvo for Android looked a year ago (see the upper screenshot). Now navigation in the app is rethought:

Translation via the clipboard has been added as for many apps this is the only available translation method. It is adapted to the multi-window mode: when copying to the clipboard, the word is immediately translated in Lingvo. Besides we improved the translation from other apps, namely, we added a fuzzy search: if a word is not found in the dictionary, then possible options will be shown with a difference in spelling in 1-2 letters.

We have changed the standard behavior of the keyboard and input focus in Lingvo for Android:

Finally, the photo and video translation modes have been significantly redesigned: screen split, rotations and side menu are supported now.

About an app installation and settings:

Besides we have improved a dictionaries store in the app. Now you can filter the dictionaries list to see discounts, free and new dictionaries. For example, this year we added a Russian-Spanish phrasebook. Look in our store for a dictionary called PhraseBook (Ru -> Es) and other dictionaries marked "new".

Also, there were fixed many errors of varying degrees of annoyance. For example, you might hear that in German language all nouns are capitalized. Example: leben is “to live” and das Leben is “life”. Earlier such words written with a capital letter could disappear from the search results. We want to please fans of Goethe's language - the bug is fixed.

In 2018-2019 we implemented support for all modern devices and operating systems for Lingvo iOS app. The app supports iPhone X, iPhone 11, iPad Pro and successfully works on iOS 13.

If you read books in a foreign language on the iPad, then be sure to try Split view / Slide over mode.

Additional possibilities of translation via the clipboard were added to the app and can be modified in the app settings. There are three options:

In addition, it is possible to translate the clipboard contents when the app starts.

How it works on different devices:

iPhone. The usual behavior is preserved - when the app starts, the user receives a translation of the clipboard. Functionality is activated in the app settings.

iPad. The same functionality as in the iPhone, besides there are additional monitoring options for Split View / Slide over mode: 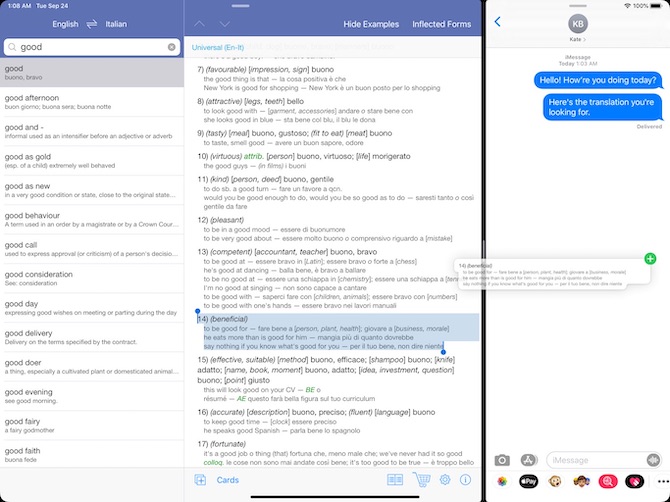 Besides we worked on optimizing the app: the app and sound files size has significantly decreased. And, of course, we fixed a number of different errors, from serious app crashes to minor visual errors. In particular, a bug that did not allow to download sound files to phrasebooks was fixed.

Check the video below to see how it all works.

We'll be pleased to receive a feedback from you on the Google Play and App Store. And we will be glad to hear your wishes for further improvement of Lingvo mobile applications.