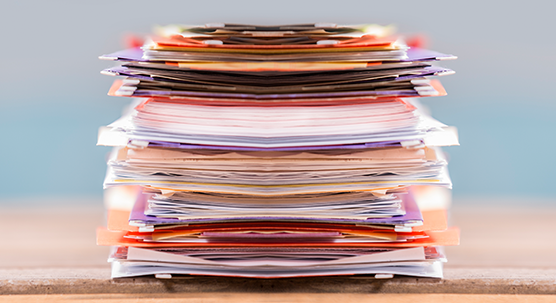 To automate the processing of non-structured correspondence

A record volume of 30,000 items can be scanned and indexed daily during the peak tax season

Australian Taxation Office (ATO) is the Australian Government’s principal revenue collection agency and is a part of the Treasurer’s portfolio. The agency employs 22,000 people and collects 92% of theAustralian Government’s revenue. It manages revenue through a range of collection systems, including income tax, goods and services tax, superannuation funds and excise. It also administers a range of benefits and refunds, including, but not limited to: income tax, excise grants and family tax benefits. Last year, ATO served 10 million personal taxpayers and 3 million businesses and non-profit organizations. In addition, ATO currently regulates 300,000 self-managed superannuation (pension) funds.

Clearly, ATO is an organization with a vast customer base and wide range of responsibilities: it scans and extracts data from 20 million forms per year using OCR/ICR techniques for form-based documents.

While the majority of the documents handled by ATO are forms, there is a significant volume of non-structured correspondence (also commonly known as “white mail”) which consists of all types of paper items that are not form-based: letters, faxes, and such. For a long time, there had been no automation system for processing non-structured correspondence: the documents were being scanned and indexed for input to its workflow system – manually. When the volume of non-structured documents reached an astonishing 500,000 mark, there was a call for action. The current approach to distribution of staff hours and document management was no longer adequate.

The ATO had made the decision to improve the shortcoming of this realm of document management and find a powerful solution provider. One of the companies who responded to ATO’s Request for Tender was TopSoft Pty Ltd. - an endorsed Australian Government Supplier and the exclusive distributor of the full range of ABBYY products for Australia and New Zealand. After an extensive evaluation of the competing offerings, the ATO chose the TopSoft / ABBYY solution (named SmartCapture Corporate Edition). The flowchart below depicts the structure of the solution.

“This was a particularly important project for both the ATO and TopSoft – there was no margin for error as the project was an important part of the ATO’s ‘Change Program’ (*)”
Mr. Igor Lokteev, Regional Manager at TopSoft Pty Ltd

The Australian Taxation Office (ATO) is the Australian government agency that collects taxes and enforces taxation legislation (except customs and external revenues, which are handled by the Australian Customs Service). The ATO also has some responsibility for Australia's longer term financial planning, shared with the Department of Treasury and the Reserve Bank of Australia. For more information please visit http://www.ato.gov.au

(*) The six-year program, which runs from 2002 to 2008 is designed to make taxpayers’ task of complying with their tax obligations easier, cheaper and more personalized, and enhance the Tax Office’s capabilities.