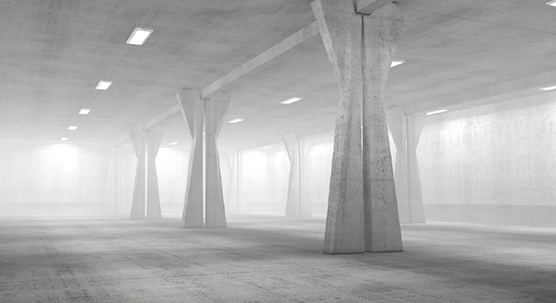 ABBYY FlexiCapture enabled ACI to create a new solution for automating the capture of test forms. Running on a modern server and operating system, the software supports a faster, better architected, more stable, and scalable solution for test form capture.

The American Concrete Institute (ACI) is a leading authority in the concrete industry, and as part of its certification program, administers 35,000 tests a year. To capture the results, ACI relied on an outdated system requiring high maintenance and whose lifetime was nearing its end — until ABBYY FlexiCapture provided a fast, scalable, and customizable solution based on a modern future-proof architecture.

“FlexiCapture is extremely powerful and flexible. It has great scripting and we can design forms in whatever way we want,” said Jason Pennington, Manager, Information Systems and Warehouse Operations, ACI.

migration from the old to new hardware and programs

More than 100 years of outstanding service to the concrete industry

Founded in 1904 and headquartered in Farmington Hills, Michigan, USA, the American Concrete Institute is a leading authority and resource worldwide for the development and distribution of consensus-based standards, technical resources, educational & training programs, certification programs, and proven expertise for individuals and organizations involved in concrete design, construction, and materials, who share a commitment to pursuing the best use of concrete. ACI has over 101 chapters, 93 student chapters, and nearly 20,000 members spanning over 120 countries.

Outdated form capture: A risk to productivity and business continuity

As part of its services, the ACI administers 20 certification programs in four languages and has certified personnel in 67 countries — testing and certifying over 400,000 concrete technicians, inspectors, and finishers since 1983. “Last year alone,” says Jason Pennington, Manager, Information Systems and Warehouse Operations, ACI, “we did 35,000 tests and expect that number to continue growing.”

And since a big part of certification involves testing, ACI invested in an automated form capture solution to process test results in 2007. “We receive thousands of handwritten test forms every month,” explains Pennington. “To handle the input, we created a solution to automate the capture and grading of forms using ABBYY FormReader 6.5 — running it and SQL server side-by-side on a PC with Windows XP.” As Pennington describes, the software worked well and reliably for years.

Completed test forms were received by mail from test sites the world over, scanned into Form-Reader, verified, then exported as CSV files to ACI’s internal Associated Management System (AMS) database.

“However,” says Pennington, “despite regular maintenance, our PC and operating system had reached obsolescence and was no longer supported. Things were beginning to creak and we needed to move to a more reliable and scalable system with a server-based architecture supported by our technology partners. Productivity, service levels and business continuity were at risk.” And in looking for capture software that would support and enhance ACI’s new solution, Pennington and his team looked to ABBYY FlexiCapture.

Already confident in ABBYY, ACI chose FlexiCapture Distributed as the basis for their solution. “FlexiCapture was ideal for us,” says Pennington. “FlexiCapture’s sophistication and flexibility means it accommodates whatever we want. Plus, we’re a hands-on organization who has the experience to do things in house — and FlexiCapture has great scripting, meaning we can design forms in virtually any way we wish. It’s extremely powerful,” he adds. “We can set conditions for errors on any field, output direct to a database or straight into a text file.”

ABBYY also recommended their technology partner UFC to assist with implementation. And Pennington confirms it was an excellent fit: “The guys at UFC were great. Like I said, we prefer to do things in house. And Travis Spangler, their General Manager, and his team accommodated our work style in every way. Every question we had, they quickly answered. We really couldn’t ask for better.”

According to Pennington, implementation went swiftly, with the entire project completed in one month — including staff training and customizing the software. FlexiCapture was first installed on servers running Windows Server 2008 R2 and SQL 2013. Then Pennington’s team wrote custom logic enabling FlexiCapture to export captured data to CSV files — which the software automatically exports directly into ACI’s AMS database.

“The entire implementation,” confirms Pennington, “was very smooth. Basically,” he says, “we just swapped out the old hardware for the new hardware and the new programs — it took all of 45 minutes and people picked it up quickly. And the beauty of ABBYY is, we took our old form and set it up to work in the new solution. No redesign was necessary, another tribute to FlexiCapture’s flexibility. It’s just awesome.”

Pennington reports that ACI’s new solution is living up to its promise for reliability and functionality. “The new system is a lot more stable and saves IT time thanks to the lack of drama.” Even better, FlexiCapture has brought peace of mind too: “We enjoy a lot more redundancy,” he says. “Things are a lot safer.”

Plus, FlexiCapture is providing ACI with the sophistication and flexibility to control its processes almost exclusively with in house resources. And its versatility is proving valuable in other ways: “Its support for scripting enables higher accuracy,” says Pennington, “which in turn can yield time savings.”

“It’s saving IT a lot of time and will enable us to get test results back to our clients faster.”
Jason Pennington, Manager, Information Systems and Warehouse Operations, ACI

ACI also anticipates expanding FlexiCapture’s benefits throughout its organization. “We foresaw a lot of different uses for the software,” confirms Pennington, “which is why we purchased a distributed license for processing 600,000 forms annually. We’re planning to expand use of FlexiCapture to other areas — starting with our education department, where we have a project underway to replace survey forms that require proprietary software and an antiquated bubble scanner.”

“In fact,” Pennington concludes, “the flexibility we enjoy with ABBYY means we can do whatever we need to with data outputs — from FlexiCapture to whatever system we need to move data into.”