MWC 2018 has come and gone, but the technology trends at the show often define the year ahead. Here is a sneak peek, to pique your interest.

With General Data Protection Regulation (GDPR) looming, it was not surprising that risk management and compliance issues were center stage at MWC 2018. At their Mobile Conference within MWC, IBM pointed out that cybersecurity and data breaches remain a top concern for 52% of CIOs. Another survey by Forrester showed that only 30% of companies globally are fully GDPR-compliant. Thankfully, new AI-powered solutions are popping up to help IT professionals better manage security risks, while each year brings new devices with enterprise-grade security improvements like endpoint security, encryption and app security for data loss prevention and privacy controls. 5G: from Hype to Reality

5G, the next-generation mobile network, is expected to provide us with broadband-equivalent download speeds over mobile networks. Field-testing of 5G-enabled devices is already in progress in a few locations around the globe, and telecom operators at MWC 2018 hinted that 5G smartphones will hit the market next year. However, the technology is still at an early stage with many hurdles to cross.

AI is rapidly becoming a commodity. It is also gaining traction in the telecoms industry where operators increasingly use AI to predict consumer demand and improve the way networks are designed and managed. Meanwhile, smartphone manufacturers have long been using AI to make their devices smarter. At MWC, Huawei proved that their flagship smartphone Mate 10 Pro is smart enough to drive a Porsche. Media had an opportunity to take a ride in a Porsche Panamera with a smartphone “in the driver’s seat”. The project was designed to show off the processing power of Huawei’s most advanced smartphone chip Kirin 970, which features real-time on-device AI. A few years ago, everyone was enamored with VR as the next big thing, but now the attention had shifted to augmented reality. The technology is used in a wide range of fields from gaming and entertainment to automotive and medicine. According to Gartner, “By December 2018, Google expects almost every new Android smartphone to be AR-enabled, which will make new experiences and personalization more common.” In the near future, AR will help drivers, warehouse personnel, and management keep track of the product moving through the supply chain.

Industrial IoT technologies (IIoT) are fueling the fourth industrial revolution. Today, we are witnessing the emergence of connected drones, robots and farm silos exchanging data. This creates abundant opportunities to transform how we work and produce goods, as well as raises serious questions about network security and stability: how are we going to manage all the data coming from myriads of devices around the world through global connectivity? Blockchain and Cryptocurrency Near Peak Hype

Blockchain was a major buzzword in Barcelona this year. Today many people think that it has the potential to disrupt almost every area of our lives; many mine and/or trade cryptocurrency. Especially for them, German cybersecurity firm Sikur launched SIKURPhone, the first fully encrypted phone with a cryptocurrency wallet. The phone runs a highly modified version of Android and is advertised to be “hack-proof”. 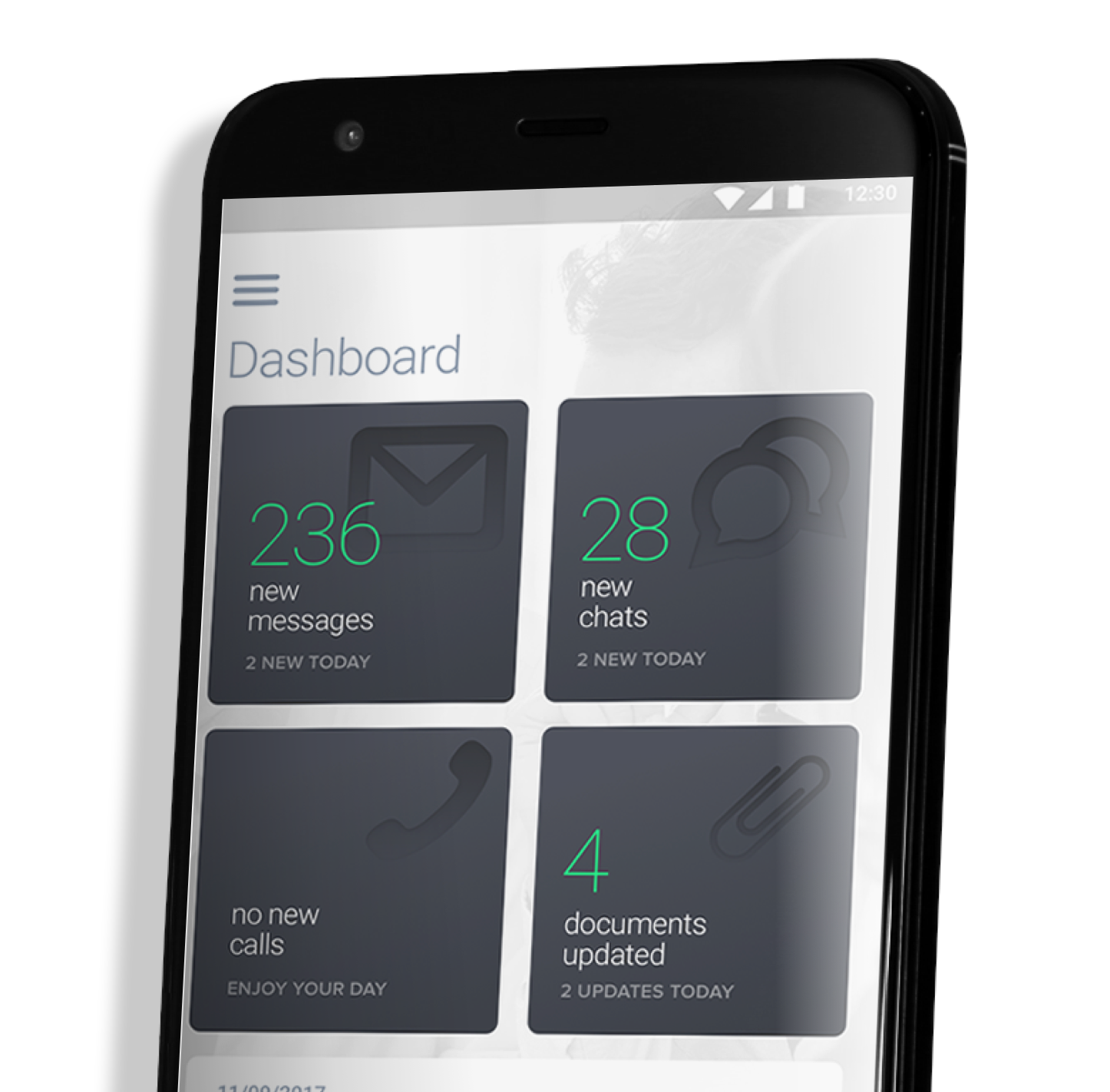 In their ever-accelerating race, smartphone manufacturers continue to bet big on camera. At MWC 2018, Samsung announced its latest flagship smartphones, Galaxy S9 and S9+, with the cameras substantially upgraded. They come with a dual aperture lens and takes stunning shots in different lighting conditions. Users can also slow down time with the new Super Slow-Motion video mode and create animated 3D copies of themselves with AR emoji.

Other noteworthy phones at MWC include the pretty solid Nokia 8 Sirocco, Sony Xperia XZ2 and XZ2 Compact, Asus ZenFone 5 with the proverbial notch, and Vivo Apex concept phone with a fingerprint sensor built into the screen and a selfie camera that pops up like a piece of toast. Cars Are Getting Smarter

Just like the majority of recent tech shows, MWC 2018 saw a wide variety of transportation and automotive tech representing the industry. BMW showcased their autonomous electric car i3 that you can summon using your smartphone. Once you take a seat in the back, you are free to relax and enjoy the entertainment system, while the car drives you wherever you need to be. When you arrive at your destination, you can just get out, lock the doors and go about your business – the car will find a parking spot and park itself.

Next-Gen Materials Will Give Us X-Ray Vision

Ever heard of graphene? It is a next-generation ultra-light and flexible material showcased at MWC 2018 by Graphene Flagship, a €1B European research initiative. Graphene is 200 times stronger than steel and lighter than paper, which makes it well suited for a variety of tech applications like night vision, food inspection, fire control, vision under extreme weather conditions, and more.

Overall, while there was a lot of great new tech at MWC 2018, the show will mostly be remembered for the political unrest and snowy weather. The biggest product announcement (Samsung Galaxy S9) was incremental, with no groundbreaking updates. LG brought a revamped version of V30, Lenovo and Huawei launched laptops instead of phones, and HTC had nothing new to offer. Yet, MWC 2018 still offers a great opportunity to see the big picture and observe the trends in consumer and enterprise tech that will shape our lives going forward.

This is an abridged version of an article titled "MWC 2018: Key Trends and Highlights We Will Actually Remember" published on ABBYY Mobile Blog. Please click here to read the full version: http://mobileblog.abbyy.com/en/2018/03/mwc-2018-key-trends-and-highlights-we-will-actually-remember/