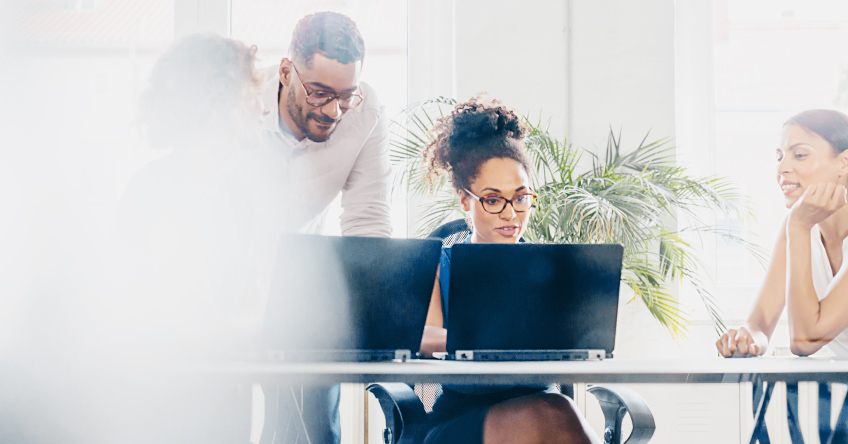 The pandemic has resulted in many organizations accelerating digital technology adoption plans by three to seven years, with 45% of IT decision makers having implemented three to four automation projects over the last two years. This could be due to customer demand, business survival and a massive opportunity in the market. But when it comes to why the implementation of automation technology has been so successful, it’s clear that the ‘people first’ approach to business decisions has played a key role since the pandemic, and implementing new technology is no longer only about the business, but also increasingly more about the people.

1,208 IT decision makers across the UK, US, France, Germany, and Japan were surveyed. When asked why IT leaders made the investment in the first place:

This is a refreshing turn of events, with the remote workforce becoming a norm for most companies, unhappy workers causing the Great Resignation phenomena, and a work-life balance now a priority. Moreover, McKinsey reports that investing in digital skills for people has become a clear imperative, indicating that employee skills need to match a company’s technology investments.

30% of IT decision makers said they automated departments that would lead to the most ROI. As a result, IT (59%), finance (37%), and operations (29%) had the most tech implemented, with intelligent document processing (IDP) (44%) and process and task automation (43%) becoming the two most implemented automation technologies in the last two years – while the least implemented was RPA (32%). What’s more, one of the top reasons for automating these departments was to support teams that needed it the most (34%), and clearly the technology was able to fulfil this need.

Additionally, there is a real confidence in intelligent automation technology and not wanting to give up on the projects at the first sign of failure. 62% of decision makers now expect 2x ROI on their investment, and this was largely successful, as 43% claimed 2x ROI was delivered. Before implementing projects, 56% were hoping to improve efficiency and 54% were hoping to increase productivity. So much so, that attracting and retaining customers and employees took a backseat in priorities for IT decision makers, an unusual result which shows that employee retention could be at the heart of decisions above all else currently.

When it comes to automation projects being unsuccessful, there is again a clear human-centric element. While the reasons behind deploying the technology was people first, businesses claim that the remote workforce (29%) and employees not being trained well (23%) were two of the main reasons for failure. People are now a major part of the decision-making process, yet there’s still the hurdle between decision makers and the people on the ground using the technology as 33% of decision makers are not necessarily tech savvy. Investing in new technology must be intertwined with investing in easy-to-use solutions and training staff to recognize what went wrong if a project was a failure.

The action following failure of automation projects is crucial but could be dependent on human-centric elements, specifically personality traits. The survey affirmed that the C-suite are driving the decision-making process for automation projects, with 60% of CEOs and 63% of CTOs being self-admitted extroverts, suggesting that stereotypically confident leaders are taking the bull by the horns and achieving success with automation projects.

The survey identified introvert and extrovert personality traits can have an effect on the decision following failure. For example, if a project was not a success, 42% of extroverts prefer to bring in external experts, while 42% of introverts would rather replace the technology. Interestingly, it can take up to a year for leaders to spot that a project is failing, which means they are utilizing an inefficient automation project (83%), with 28% of introverts spotting a failure of a project early on compared to 14% extroverts. Going further, 46% of IT decision makers spotted the failure within three months and surprisingly almost 1-in-10 (9%) did nothing about it, illustrating a wasted technology investment more commonly being known as ‘zombie’ technologies. This highlights the importance of businesses understanding the processes and how employees interact with systems before starting an automation project, to set their workforce and business up for success.

There has been a behavioral shift in the way leaders make decisions about deploying technology, and clearly the human factor plays a huge part in deciding how and where to automate. Additionally, organizations are realizing that automation needs to be more intelligent to understand and comprehend context and content within documents and know how their processes work before automating. This has been a great benefit to business, with a confidence in the technology shining through alongside an increased ROI. We will inevitably witness companies continuing to add more intelligence to their automation throughout their departments as a result of putting people first.

This research was conducted by Sapio Research in March 2022 on behalf of ABBYY. The survey was conducted among 1,208 IT decision makers across the UK, US, France, Germany, and Japan on where businesses have invested in automation projects, why they have adopted technologies, and how behavior has impacted the success of projects.

ABBYY powers intelligent automation. We reimagine the way people work and how companies accelerate business by delivering the intelligence that fuels automation platforms. Our solutions transform enterprise data and empower you with the insights you need to work smarter and faster.

We help more than 5,000 companies globally, including many of the Fortune 500, to drive significant impact where it matters most: customer experience, profitability, and competitive advantage.

ABBYY can either be a registered trademark or a trademark and can also be a logo, a company name (or part of it), or part of a product name of ABBYY group companies and may not be used without consent of its respective owners.