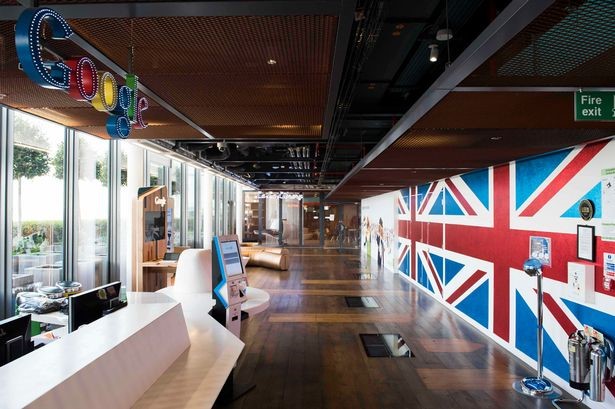 This year’s Android Enterprise Partner Summit took place in London on January 18th-19th. The event was organized by Google for all those who develop and use business applications for Android. ABBYY’s Igor Akimov attended the summit and is now brimming not just with news about the latest technical innovations in the world of Android, but also the eating preferences of  people working at Google’s new London HQ, and new fares and payment methods recently introduced on the London public transport system.

ABBYY: Igor, may I first ask you to give us a general idea of the Android Enterprise Partner Summit? What’s it about and who is it for?

Igor: It’s an enterprise-focused partner event organized by Google for those who have an interest in Android business applications. These include software developers like ourselves, device manufacturers and people who offer solutions for managing Android devices. They all come together to participate in workshops, presentations and panel discussions organized by Google to promote the development of apps for secure office environments.

A: What is a secure environment?

I: All devices that people use for work can be classified into two groups. The first group are devices provided to you by your company. These are the so-called COPE devices, where COPE stands for corporate-owned, personally enabled. The company pre-installs certain services and software that you need for work and sets up a security profile. For instance, your company’s security policy may require that all portable devices be password-protected, prohibit making screenshots or connecting to public Wi-Fi hotspots, etc. You won’t be able to install any apps from the Play Store or remove any apps that you think are redundant. If you lose your device, your system administrator can send it a command that will erase all the data on it.

The second group consists of devices owned by employees on which their company’s system administrators have installed certain software. This second approach is termed BYOD, i.e. bring your own device. You work on your own smartphone or tablet with all of your games, YouTube kittens and social networks intact, but there’s an extra folder controlled by your company. Your company’s security policy will apply only to the apps in this folder, for example, preventing you from taking screenshots from within these apps or posting to social media. With this approach, you have the best of both worlds, using your device both for your usual mobile tasks and for work without compromising your company’s security. Now, the system that gives your company control over certain apps on your phone or tablet that you use for work is what we call a secure environment. A: Have there been any new developments in this area?

I: There’s a corporate version of Google Play. Previously, you could only install apps from this Google Play Store if they had been approved by your system administrator. Now you can first install an app, and seek the administrator’s approval later. This is cool, because now you don’t have to wait until your favourite mobile scanner or dictionary makes it into the secure Play Store. You simply download, install and use it and get all the necessary approvals later.

Also, cloud versions of device management solutions have been introduced. Now companies don’t need to buy a separate MDM [mobile device management] solution, and developers don’t need to activate the MDM features that they need (e.g. to allow account setups or prohibit the use of Bluetooth connectivity). You can also try out the corporate application management capabilities by making just a few clicks on the new Android demo site. All these latest additions may well make Android devices just as popular as their iOS rivals in corporate settings.

In other news: users will be able to run Android apps on almost all Chromebooks manufactured since 2016. This is a very welcome development, as Chromebooks are quite popular with corporate users. Google have made security checks faster and better, both for apps from the Google Play Store and for apps downloaded from other sources. Security updates are now rolled out at much shorter intervals. There are also two new speedy ways to set up a new device or user profile—you can simply scan a QR code or enter a special Google Play ID.

We have been actively implementing the latest corporate services in our ABBYY FineScanner app, with several companies already using it for scanning even documents with confidential content.

A: Sounds great! Now that you have given us the low-down on the latest technical developments, tell us about the venue.

I: The summit took place at Google’s London HQ, not far from King’s Cross railway station. The building itself reminded me of the office blocks we have opposite Belarus Station here in Moscow. It’s mainly glass and concrete, minimalist and unobtrusive on the outside. A: And what about the inside?

I: Google people are huge fans of wholesome living, health foods, and organic produce. Unsurprisingly, the new offices have been designed to accommodate these obsessions. For instance, there’s an in-office gym, with huge glass panes looking just above the main entrance. It’s open all hours to all Googlers who feel they need some exercise. Or take the food, for example. Here at ABBYY, coffee, chocolate bars and biscuits are our staple meeting room snacks, while at Google people prefer gluten free muesli, spinach smoothies, organic low-sodium crisps and granola bites with dried fruit. Honestly, sometimes you might think they are taking it too far, but there is always a choice. They also have a sun-trap roof garden with sofas and wood flooring. You can work, enjoy the fresh air and take in the spectacular London skyline all at the same time! 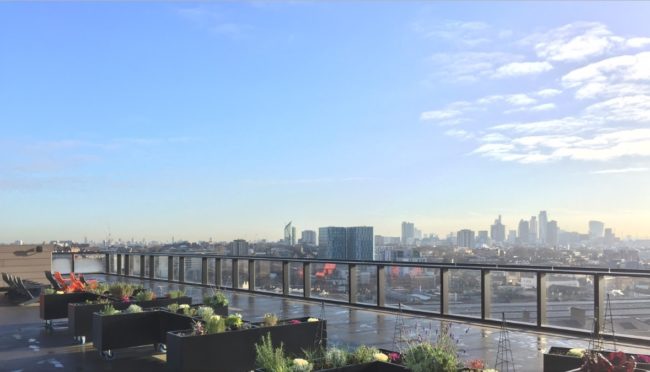 A: How did you find London? You had spent some time living and studying there previously, hadn’t you? Did you notice any changes?

I: I had lived there as a student, yes. Surprisingly, the weather was great. No rain, no fog. Big improvements in public transport as well. Now you can pay with your contactless bank card anywhere you go. This is much more convenient than the Oyster card, which you have to top up in advance. Now you just tap your PayPass card against the terminal and payments are debited from your bank account. And after a certain number of rides, they don’t charge you at all. For example, once you’ve paid for three bus journeys in the morning, you can ride the bus for free for the rest of the day. This is really cool. You can even take a ride to the airport without buying an extension ticket, provided you have taken enough rides in the same day. In the wake of the Brexit vote, the pound has fallen sharply against the world’s major currencies, so the UK has become a much more affordable country for foreign visitors. The number of cyclists in London has grown. And the number of bicycle tracks, for that matter. Most people use folding bikes, because you can take them on the Tube. The famous double-decker buses have got a sleeker look, but they are just as recognizable and comfortable as the good old Routemaster. There’s also a new cable car link from the O2 Arena to the ExCel London expo centre, offering you an excellent bird’s eye view of the capital.