Let’s Talk to FineScanner on iOS 12 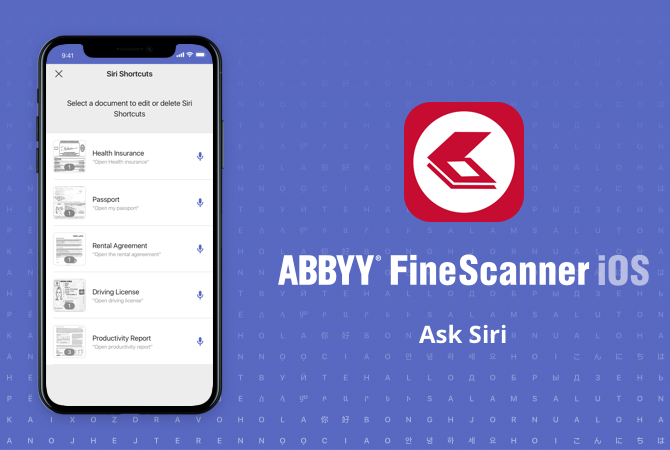 iOS 12 brought many features to Apple-devices. The one of great significance is Siri level-up: she’s become smarter, Siri Suggestions became more accurate, and a WOW-feature is Siri Shortcuts. We’re always up-to-date, so FineScanner is now a friend to Siri.

In 2017 with iOS 11 release we’ve added PDF-tools, auto-crop has become as accurate as it never was, and Drag-and-Drop on iPad made the work with FineScanner rapid. Now with the new Siri feature, you can attach voice shortcuts to scans in FineScanner. It allows to open documents in a couple seconds, not even opening FineScanner app. Just ask Siri! Follow the steps below to make it work:

That’s it! Just ask Siri to “Open passport” and here it is, the scan of passport is opened. The documents in FineScanner will be marked with microphone icon, in case it has a shortcut.

Have a look at this video instruction:

To change or delete a shortcut go to the Properties of the document in FineScanner → Siri Shortcut.

Update to iOS 12 and download the new FineScanner. Make sure to give us impressions and feedback. Looking forward to it!