Silencing Your Phone, Managing Your Ideas, and Thinking About Thinking 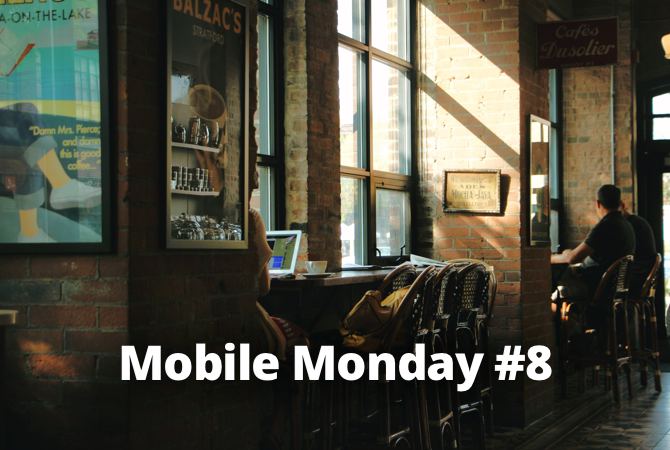 In this issue, how to filter out external distractions using “Do Not Disturb” function, work with different tags in FineScanner and interesting app that will help to realize ideas. In the end, theory of bicameral mind and mindfulness of choice.

iOS Tip: How to Use the “Do Not Disturb” Feature

“Do Not Disturb” is probably the most useful phone mode when you are sleeping or snowed under at work. When enabled, the feature will muffle any incoming calls. It takes just a few taps to switch it on: 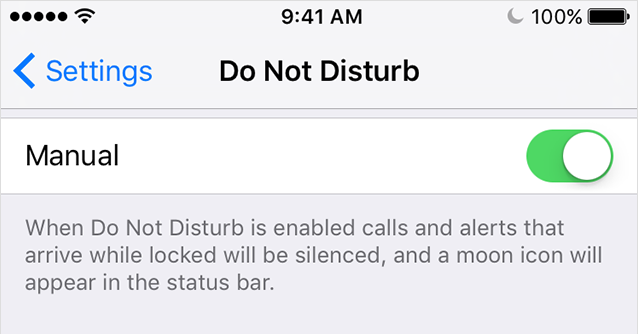 You can also access this mode via the Control Centre—just tap the crescent icon. When the mode is on, you’ll see a crescent moon icon in the status bar.

You can also schedule your phone to go in and out of “Do Not Disturb” mode at certain times of the day, for example, from 10:00pm to 07:00am. The scheduling is done in the settings screen.

Since “Do Not Disturb” blocks out all incoming calls and notifications, you run the risk of snubbing an important caller or missing a crucial alert. Aware of this danger, Apple have added a special feature which allows you to hand-pick VIPs in your contacts whose calls will always be put through to you, no matter what. 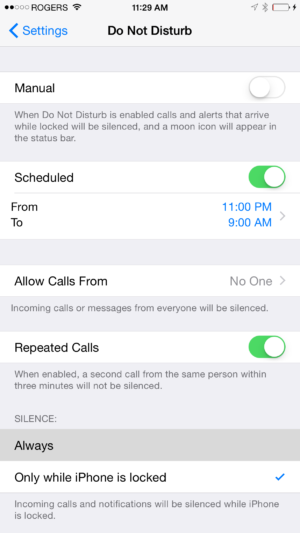 The first option is to add important contacts to the favourites list and instruct your phone to always notify you about calls from these people. The second option is to create a new group called, say, VIP and allow these chosen few to disturb your peace. Lastly, you can have phone numbers in your Contacts that can call and text you anytime.

It’s quite a quest to enable the feature: 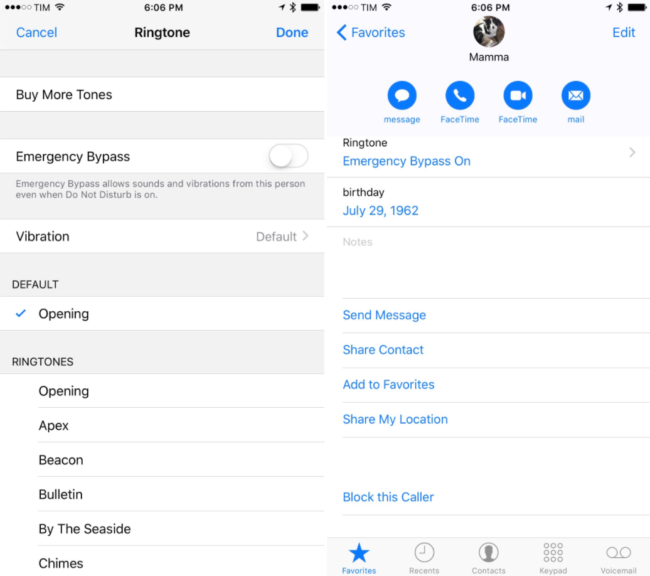 Now you will get all notifications related to this caller, even if the Do Not Disturb option is turned on.

Additionally, you can let through any caller who dials your number twice within the space of three minutes (persistence should be rewarded and emergencies should not be ignored).

Another useful new feature of iOS 11 you may find really helpful is the Do Not Disturb While Driving mode. The phone will automatically enable the Do Not Disturb option if it detects that you are moving at high speed or have connected to your car’s Bluetooth network. When someone sends you an SMS (sadly, messengers are not supported), they will get a brief autoreply, if you care to supply one, like “Cant take my eyes off the road call you back later”. Ain’t that cool?

Android Tip: How to Use the “Do Not Disturb” Feature

In Android, the Do Not Disturb feature is more flexible than in iOS and lets you to:

So where do you find it?

At the bottom of the screen, turn on Do not disturb. 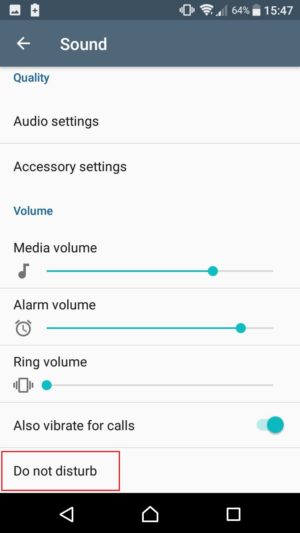 The feature uses rules created by the user which tell the phone when it should go into Do not disturb mode. You can also specify several levels of quiet, from complete silence to priority calls and/or alarm sounds.

Android comes with three ready-made rules: Weekends, Event and Weeknight. All you need to do is make the necessary adjustments and turn any of them on. For example, you can set up the phone to allow only calls from your family at weekends. Or you can make the sound of the alarm clock the only noise coming from your phone from 11:00pm to 07:00am on weekdays.

Of course, there may be non-recurring time periods when you shouldn’t be disturbed, such as during important meetings or concerts. These can be added individually by tapping Event. You can also add events directly from Google Calendar, which is really handy.

ABBYY Tip: How to Add Tags in FineScanner

Tags are a very useful invention. Using tag search, you can find that old contract that you signed quite some time ago, or separate your work correspondence from your personal documents. Here’s how you add tags in FineScanner to make working with documents easier and become more productive.

You can tag all of your documents so that you don’t have to scroll through dozens of screens looking for some elusive contract. By the way, the iOS native Spotlight search engine also support tags.

App of the Week: Keep Track of Your Ideas With Idealist

Got lots of ideas but not enough time to put them all into practice? Try Idealist, a new app designed to help you remember your best ideas and implement them. It will ask you some pertinent questions to help you decide what it is that you really want and how you can achieve it.

“What problems do you expect to solve?”, “What’s your growth strategy?”, “What data will you need to assess the outcome?” Some people tend to get too carried away by a new idea or are just too busy to ask themselves these crucial questions. They may not seem important at the time when inspiration strikes, but determine the success of your enterprise in the long run. Not to worry. Idealist will do some of the thinking for you. The app allows you to jot down new ideas, categorize them, and track their statuses. For each idea, you can record its implementation stage, write down any problems that occurred, and specify the final result that you want to achieve. In other words, Idealist is a simple and intuitive app that helps you put your thoughts in order when you have a bright new idea, or critically examine a project that is already in progress.

Even if you don’t need any external advice, you may find the app useful for writing down worthwhile ideas, placing them into categories, and marking their statuses. Idealist also nudges you towards more critical thinking, which is a useful skill for any adult, not just for inventors and entrepreneurs. Available on iOS. 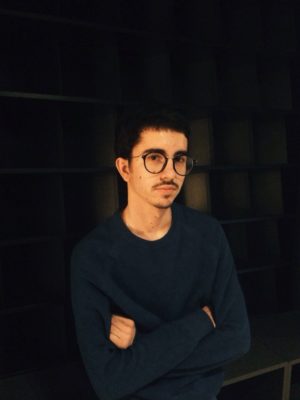 Almost half a century ago, the American psychologist Julian Jaynes came up with a wild yet compelling theory which he later developed in his 1976 book titled The Origin of Consciousness in the Breakdown of the Bicameral Mind, of which Richard Dawkins, the well-known evolutionary biologist, had this to say: “It is one of those books that is either complete rubbish or a work of consummate genius, nothing in between!”

Put briefly, the theory states that up to a certain point in history we humans had no consciousness as we now understand it. Instead, our mind was bicameral, with one part taking decisions and giving orders while the other part listened and obeyed. The two parts ostensibly communicated using internal speech, akin to the inner voice we use when reasoning with ourselves in silent soliloquy. According to Jaynes, today we are all aware that these thoughts originate in our minds, whereas as little as 3000 years ago people thought that these were voices coming from on high—either from gods or, in later ages, from pharaohs or kings—which had to be believed and obeyed without reserve.

Jaynes had analyzed lots of ancient texts artifacts, from Homer’s Iliad to home shrines, and came to the conclusion that people in those ages had no inner mental space where they could analyze what they “heard” or question what they thought were external commands. In his opinion, the people of those times were half-conscious automata who relied on hallucinatory experiences.

It was not until around 1400 BCE that the bicameral mind began to break down, which is evidenced by the emergence of radically new ideas, such as the idea of heaven as the abode of the gods, whose commands were now communicated to humans by oracles and prophets.

In popular culture, Jaynes’ theory was taken up in the US television series Westworld, where androids in an amusement park were shown to be experiencing the breakdown of their bicameral minds.

But is this zany theory of any use to us, the proud and self-aware beings living in the 21st century?

If Jaynes is right, humans became fully conscious only several thousand years ago, which is just a while ago in evolutionary terms. Before that, they were just obeying orders issued by the commanding half of their brain.

Numerous vestiges of that era still remain. A need to adhere to a faith or practise a religion, predisposition to conform, readiness to obey orders without question, uncritical acceptance of commonly held beliefs and clichés, a fervent desire to fit in with the crowd (“Millions of people can’t be wrong!”), all these may well be rudiments of our bicameral mind postulated by Jaynes. As a species, we had been executing external commands for so long that readiness to obey is second nature to many of us.

So what advice can I give those of you who have read this far? Remember that our remote ancestors evolved the ability to be conscious of themselves, of their thoughts and of their actions and handed this faculty down to us. Now we can ponder our decisions, engage in reflection, arrive at rational conclusions, and adjust our behaviour.

Therefore, next time when you see people rushing to download a much hyped about app powered by latest neural networking technology, think twice before following the crowd. You might be wiser to invest in an app that will be of actual practical value to you.

That’s all we wanted to tell you today, guys. See you next Monday. You can find the previous issue of this newsletter here.

P.S. The coolest sale of the year is approaching! We are getting ready for it at full speed, and advise you to keep up! Leave your e-mail on our black-black landing page and be the first to know about the beginning of the sale!